About Father of Lights

Father of Lights is the final film in the Finger of God/Furious Love trilogy. It is big, epic, and above all, challenging. If I were to have to explain what it is about in a nutshell, I would put it like this: if Finger of God is about God’s power, and Furious Love is about God’s love, then Father of Lights is about God’s heart. I went into making this film by asking the simple question: who is God? I wanted to know His character, His personality, and who He truly is. To answer this question, we had to peel back the many layers of religious garbage that has been passed onto him through generations. That He is angry. Vengeful. Wrathful. And in general, that He doesn’t like you very much. The truth, as you will see vibrantly in this film, is that He is the most loving, compassionate, and wonderful Father you can imagine. 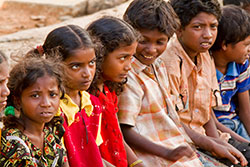 Along the way we will look at a number of things. Aside from dealing with some of the misconceptions surrounding the Father, we’ll journey through the nature of grace, take on the religious spirit, and see some of the most amazing God encounters ever put on film. You’ll meet people who love more extravagantly than you thought possible, will watch God deal with witch doctors and gang leaders and Hindu holy men, and you’ll see and ending that…well…let’s just say you’ll need to see it to truly believe it. 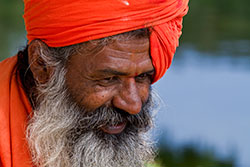 I am constantly amazed by the genius of God, and putting this trilogy together has only increased my amazement. It was strange, because even as I was putting together Finger of God, thinking how much of a miracle it would be if even 1000 people ever saw this movie, I somehow had the suspicion that I was going to be making a trilogy. I had no idea what the other movies would be about, but simply had a sense that this was the first part of a much larger story.

I find it interesting how God started my story, and the story of these films, kind of on the periphery, with the signs and wonders phenomena, and has slowly moved me closer and closer into the very heart of the gospel. Gemstones and gold dust are great and all, but they aren’t smack in the center of God’s heart. Neither are miracles. With Furious Love, we’re getting closer, moving into His love for the lost and the broken. But with Father of Lights, we hit the center of all things, and it’s going to make some people very uncomfortable. Especially religious people. 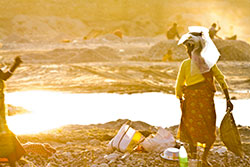 This will be a monumental call to the church to stand up and finally do what we have been called to do around the world. If we aren’t going to love the world around us, then we might as well pack it all up and go home. If we don’t love, and if we don’t bring freedom with us, then we are simply another religion, lumped in with the rest of them. But first, of course, we need to understand who we truly are and what we have at our disposal.

The truth is, the light of the world resides within us. And we have but one Father.

WP Films was founded by Darren Wilson in 2006 when he began work on what would become his first feature length film, Finger of God. The company currently concentrates on creating feature films that are both creatively exciting and spiritually engaging.

Father of Lights is now available
at Christian retail on DVD.